Sorta longish time, no post, but I've been pre-occupied with other stuff these days. For one, I've taken it on myself to review and rewrite (as needed) all the stunts in Starblazer for the forthcoming Legends of Anglerre (as it's now called -- it'll also be a standalone book instead of a supplement for Starblazer, which I think is a great idea). I've also been really taken lately with the idea of running, of all things, a Fantasy Hero game. I consider Hero to be pretty much the anti-FATE in a lot of ways, but before SotC came along it was my go-to system for years. And now I've got a hankering for it again, for some reason or other (just in time for the 6th edition to come out at Gen Con, too).

But! None of that is really news. What's news it that my wife and I are having a baby! We just passed the first trimester, and you know what they say: Wait until the second trimester to post about it on your blog. 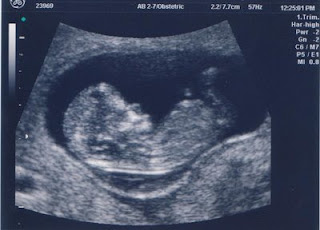 Email ThisBlogThis!Share to TwitterShare to FacebookShare to Pinterest
Aspects: baby

#1: CONGRATS! You have bred in captivity! The genetic mandate is satisfied! :)

#2: Fantasy Hero!!?? :O
Interestingly enough, my SotG campaign STARTED as Fantasy Hero, and then once I discovered FATE/SotC, I changed it over. Enjoy the crunch!! ;)

On a gaming note, I'm a FATE 3.x fan and am a newcomer to PDQ but I've got a hankering to run True20. Strange how that works.