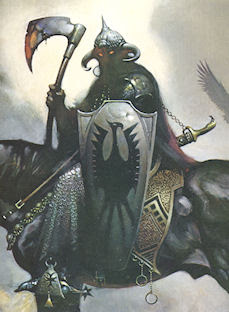 Frank Frazetta passed away at a hospital near his home in Boca Raton, FL. The apparent cause of death was a stroke.

There are two kinds of people in the world:


I cannot even begin to count the number of hours, days, weeks I spent daydreaming about his works.

Farewell, Death Dealer. May the Other Side hold but one-tenth of the wonders you showed us.

PS: A nice gallery is here. But it's probably swamped today.
Posted by Unknown at 1:09 PM