After all this time without a post, you'd think the first thing I'd talk about would be how things went at ECCC, or those D&D-ish Fate Core characters from OrcCon, or what you can expect to see in the Fate System Toolkit, or any number of other Fate-relevant things.

But nope! Instead I'm gonna pimp some Kickstarters (most of which are, admittedly, Fate-relevant).

It's a funny thing -- in the playtester feedback for Fate Accelerated Edition (and Fate Core too, I'm sure), we kept getting people correcting "Fate dice" to "Fudge dice." But of course, they didn't know of Evil Hat's plan to make their own "premium Fudge dice" to accompany all this Fate Core stuff that's about to come out. It only makes sense, from a business perspective. May as well sell the dice as well as the game, y'know?

Anyway, no surprise, this one's a runaway success, with (as of this posting) one stretch goal already hit (Atomic Robo dice!) and 30 days to go.

Why you should back it: They're great looking dice. You need more dice. Get more dice. Plus, it'll increase the world supply of Fudge -- I mean, Fate dice, and that's only a good thing. 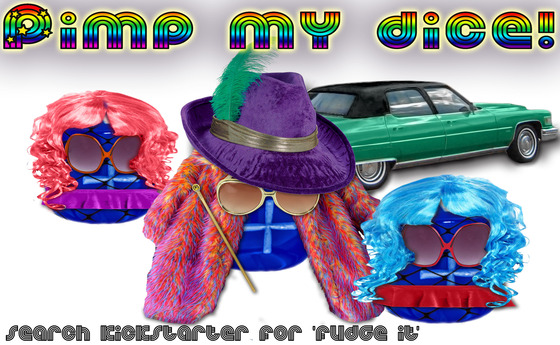 I know Rustyn, sorta -- we're more like acquaintances, I guess -- but even if I didn't I'd still give her Fudge dice Kickstarter a shout-out. What sets this apart from the Fate dice Kickstarter (so far) is that she's taking a very democratic approach to the colors and inks of dice that'll be produced, which I think is pretty cool.

Unfortunately, as of this posting, she's still more than $2,000 below her initial goal with only 11 days to get there. I'm going to pin that on some bad timing, which has put her more or less in direct competition with Evil Hat for Fudge dice-related Kickstarter dollars. But it'd be a shame if that stopped her from getting more pretty, pretty Fudge dice on the market.

Why you should back it: More pretty, pretty Fudge dice on the market! Plus, her video's funny. That's worth at least a few bucks right there. If you can, throw $10 at this one and still back Fate Dice. Both deserve support. 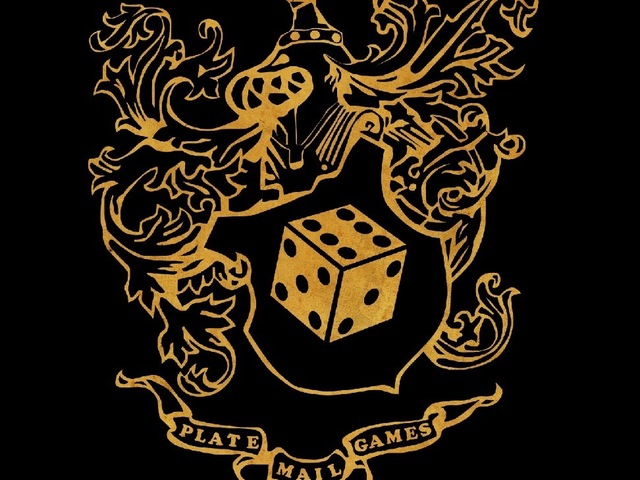 Okay, fine, I know Wes Otis too, but again, even if I didn't, I'd call this one out.

Generally speaking, I don't care about background music for the games I run. And when I'm a player in a game with background music, if the music's any good I'll get totally distracted by it (as awesome as Colin Jessup's SotC Star Wars hack Spirit of the Force was, I couldn't help but call out the names of the tracks he'd play from the Star Wars scores, because I'm some kinda jerk). And if it's not, I'll be totally distracted by it, but not in a good way. What I'd much prefer is something that just sets the tone and lends ambiance.

Which is exactly what Wes has done here! It's like he read my mind. And you guys, I don't like to swear on this thing, but these tracks are [REDACTED] charming. Wes is an audio engineer by trade, and it really shows here. Go listen to the samples. It will not surprise you that he's raised north of $14K when his initial goal was a paltry $1,000.

Why you should back it: [REDACTED] CHARMING! Plus, having more resources like this available to the general gamer population would be very cool. It's a worthwhile product. 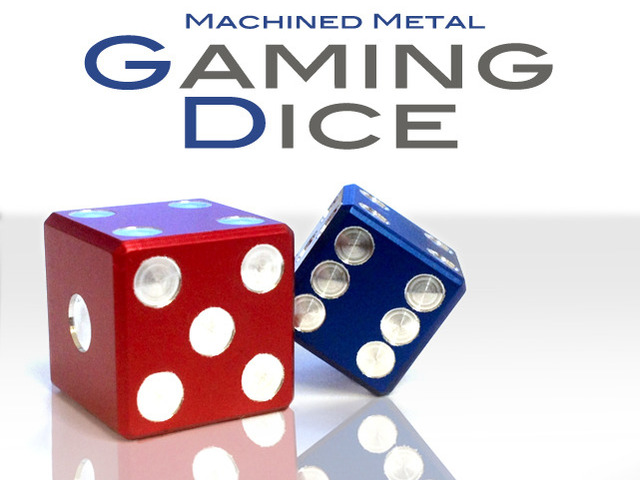 For the record, I do not know Amber Rix.

But I did back her previous campaign for Precision Machined Dice, and I'm very pleased with the terrifyingly sharp stainless-steel cubes I got out of it. There, she demonstrated very clearly how dedicated she is to making the most precise dice she can, with the math to back that up. And to Hell with you and your precious wooden table surface! TITANIUM DICE!

Her current campaign, however, is to produce metal dice meant to be actually used at the table, instead of put on a shelf and feared. (My stainless-steel 2d6 are on a shelf.) Amber has a proven track record, and this thing's already blasted way past its initial goal of $4,000. As of this posting, it's at $67K and change, with a little under two days to go. (Her previous campaign hit $153K.)

Why you should back it: Quality product, history of success, dice that'll knock over every mini on the table every time you roll 'em. What's not to like?

Okay, that's it for promoting other people's work. Next post, it's back to me, me, me!
Posted by Mike Olson at 10:36 PM No comments: