It occurs to me that throwing those sheets up here yesterday without an explanation or two might lead to a little confusion.

You may notice some blank spots in the characters' aspects marked "Assigned" -- Flagstone has one, and Ballista has four. I usually like to give players in one-shots like these a chance to finish off their pre-gens with an aspect or two of their choosing. It gives a sense of investment in or ownership of the character. In this case, though, I'm doing something a little different.

Instead of each player giving his or her own PC an aspect, the players will assign each other aspects. The characters will be split into two groups: Ballista, and everyone else. Ballista, as the team leader, will be in a mission briefing with the game's Nick Fury analogue, going over the team's dossiers with him and making evaluations. One by one, she'll assign each of the other four PCs an aspect based on her assessment of their skills (which the player will invent, hopefully based on what's already on the character sheet).

The other PCs will be together somewhere else on the Hover-Carrier, talking about their team leader and the experiences they've all had with her in training or whatever. The delivery vector for this is somewhat inspired by John Harper's Agon: One player tells most of a story involving himself, Ballista, and another PC. At the climax or turning point of this story, he'll pick a skill relevant to his role in the narrative and roll it; the other PC's player will do likewise, with the same or a different skill. Whoever wins gets to finish the story and give Ballista an aspect.

So in a way, it's what I almost always do with these games -- start off with individual spotlight time, possibly describing a character's final phase, that culminates in a skill roll and an aspect. There's just more of a competitive element to it this time.

Now, there is certainly the possibility that Ballista's player could stick one or more PCs with an amusingly crippling (or crippingly amusing) aspect that kinda screws them over, but everyone should keep in mind two things. One, they're going to want everyone else to be as competent as possible. Two, turnabout's fair play. Almost all of Ballista's aspects are going to be assigned by other players, so a little diplomacy wouldn't hurt.


Part of that, too, is likely to depend on how familiar the players are with each other already. I'm willing to bet you'd be more likely to screw over a friend than a total stranger.


Here's another PC for the game, Dreamer. He's a bit of an amalgam of Planetary's The Drummer, Doctor Strange, and maybe Stormwatch's The Doctor. And Druid from Secret Warriors, too, at least in physical appearance. I find Druid compelling in that Nick Fury kicked him off the team for being a liability (by posting a note to his bedroom door, no less). Dreamer is what Druid might be like if he didn't screw up so much. His aspect "The Sorcerer Supine" pretty much says it all, if you ask me -- immense magical power in a guy who sometimes has a hard time getting up from the couch.
Posted by Mike Olson at 4:30 PM No comments:

Hey there, little blog! How've you been the past 22 days? Sorry for the neglect. You can blame the baby. Let's all blame the baby! 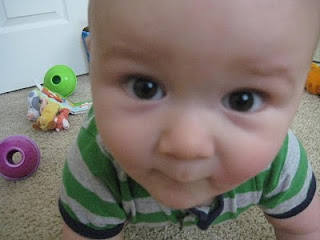 Anyway, Gateway's in a couple weeks, more or less, and I'm running a FATE Supers game (and two sessions of Leftovers). The setting's a cross between Marvel's Secret Warriors and Wildstorm's Stormwatch (under Ellis, anyway), so it's very different from the Silver Age teenager FATE Supers games I've run in the past. For reasons known only to myself (and, like, four other people), I want to see if my supers hack can handle something with a more serious tone.

Here are a couple sample characters. There's a lot of rampant ripping-off of stuff like S.H.I.E.L.D. and HYDRA and all that they entail, so don't let that bother you. It's an homage.

As you can see, there's a lot more mechanical detail on these sheets, including point costs and individual super-skill trappings, so people can see what's going on a little more.
Posted by Mike Olson at 12:14 PM 1 comment: