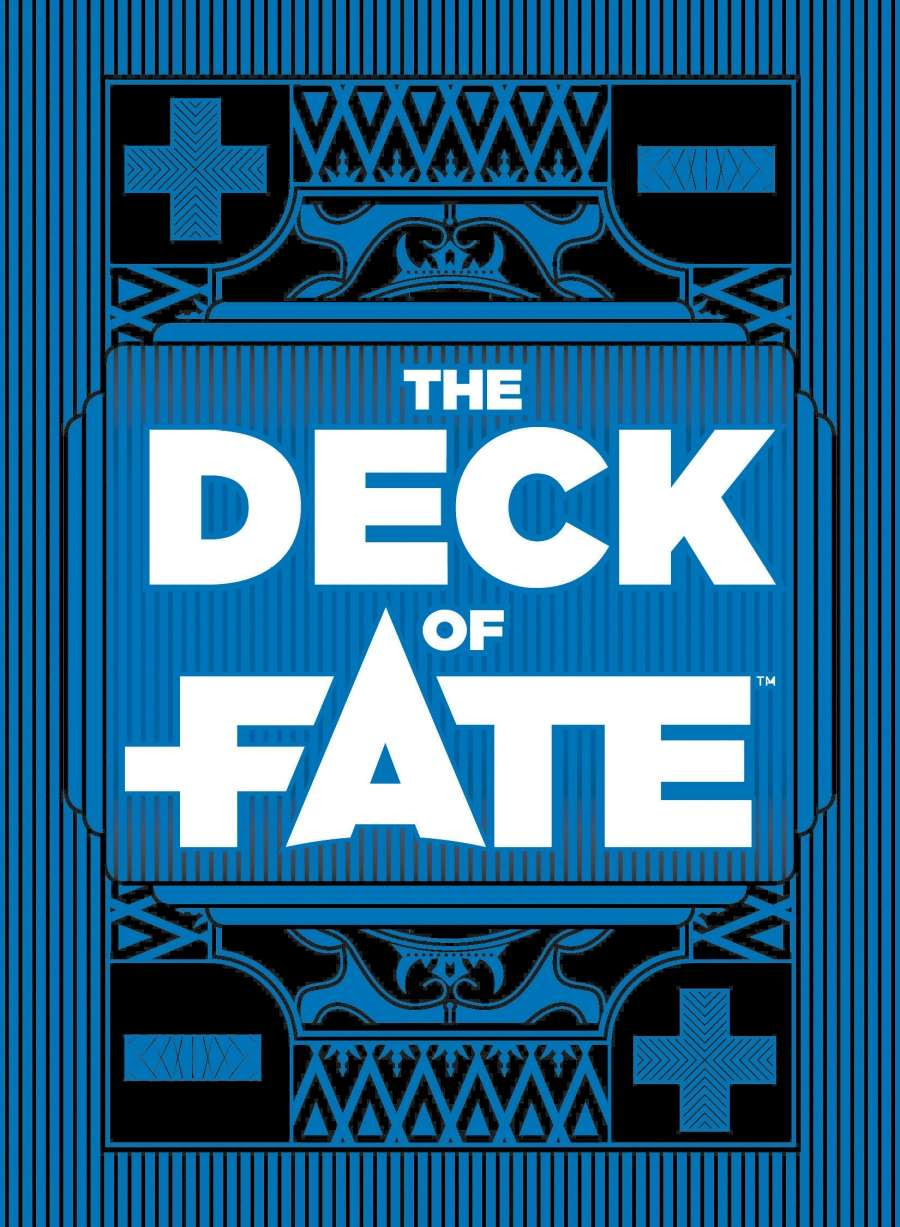 But I haven't used it for anything yet. I know you can use it as a replacement for Fate dice, but, uh, I have lots of Fate dice -- really way too many Fate dice, to be honest -- so I'm inclined to use them. I've wanted to do something different with the Deck of Fate. For a little bit there I was going to use them as part of my admittedly ill-advised mash-up of Rolemaster and Fate, but, y'know, that being a fairly insane idea to begin with, that fell by the wayside.

And then! This past weekend I dropped in on a Fate Core game in San Diego friends of mine had just started, and Chris Czerniak, the GM, ad-libbed something genius. It's usually something of a houserule with my Fate games that if you roll four pluses, I'll toss you a fate point. So when John, another player, rolled that +4, instead of a fate point Chris top-decked a card from the Deck of Fate he happened to have on the table and gave him that instead. (It was the +4 card. He should've shuffled, but whatever.)

We were like, "What's this?" And he goes, "You can play that to replace a die roll you don't like." And we were all

Now, again, he hadn't shuffled, so there's that -- John was suddenly guaranteed another +4 at the time of his choosing -- so we shuffled the deck. But what if you draw a -2 or something? The answer was obvious: You can replace anyone's die roll, including the GM's. No rerolling, either, once you do.

I admit, we were pretty lucky dice-rollers in that game. Three of us rolled +4s in the course of a single three-ish hour session, which is... statistically... unlikely, I think. So it won't be something that comes up all the time, but it seems like a pretty fun alternate use for the Deck of Fate.

So maybe everyone starts with a card, or X cards, or X-Y cards, where X is a number and Y is the number of stunts you have, or whatever. Also good stunt territory: When you engage in a social conflict, draw a card. Whenever you'd normally draw a card, draw two cards and discard one. Etc. You get the idea. Thanks Chris!

(BTW, speaking of Chris: If you are in SoCal, have a cool game to run, and are going to be around the weekend of April 24th-27th, maybe you want to run that cool game at KingdomCon in San Diego! Chris is the RPG coordinator and he's looking for GMs. Join me!)
Posted by Mike Olson at 8:00 AM No comments: