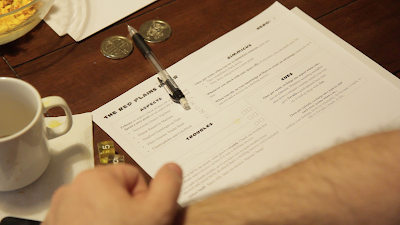 I'll be playtesting Thrilling Fate! again this Sunday the 22nd back at Game Empire. Making another change to cues that incorporates a Danger Patrol-esque "What happened last time?" setup. Have to come up with a holiday-themed scenario first, but I have, like, all week to do that, right?
Posted by Mike Olson at 9:41 AM No comments: